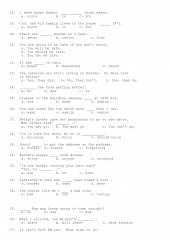 Now I will tell you somethig about Canberra. I chose this topic because I think Canberra is a very beautiful little city in Australia. Canberra, the bush capital, is the Capital of Australia but it isn t a big city. The distance to Sydney is about 300km. Canberra is a young capital in a young country. It was founded in 1913 and was built as a garden city which doesn?t have a city center. Its population is something about 300, 000 people. The government system in Canberra is parliamentary democracy like the British system. A lot of people say that Canberra is just boring and they are right b... vezi detalii 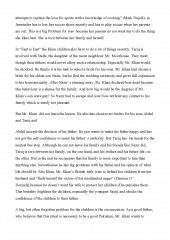 Every culture has it s tradition. Each tradition is different and usually doesn t cause problems in its own country. But what happens when Asian tradition is transplanted to a western county like England? Is it easy for a father to keep up his tradition if he lives in a different culture and does his behaviour cause problems for his children? Good examples of Asian families living in Great Britain can be seen in the New British Cinema, in movies like Bend it like Beckham with an Indian family and in East is East with a Pakistani family. In these families we have a rigid structure: the fathe... vezi detalii 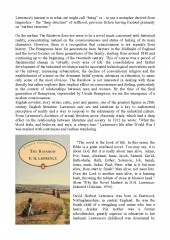 The Rainbow is a 1915 novel by British author D.H. Lawrence. It follows three generations of the Brangwen family, particularly focusing on the sexual dynamics of, and relations between, the characters. Lawrence's frank treatment of sexual desire and the power plays within relationships as a natural and even spiritual force of life, though perhaps tame by modern standards, caused The Rainbow to be prosecuted in an obscenity trial in late 1915, as a result of which all copies were seized and burnt. After this ban it was unavailable in Britain for 11 years, although editions were available in... vezi detalii 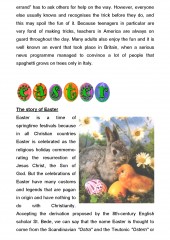 The History of Valentines Day Every February, all across United States, candies, flowers, and gifts are exchanged between loved ones, all in the name of St. Valentine. But who is this mysterious saint and why do we celebrate this holiday? The history of Valentine's Day  and its patron saint  is shrouded in mystery, but we do know that February has long been a month of romance. St. Valentine's Day, as we know it today, contains vestiges of both Christian and ancient Roman tradition, because it is said that this holiday derives from the Roman feast of Lupercalia. On the eve of this ancien... vezi detalii 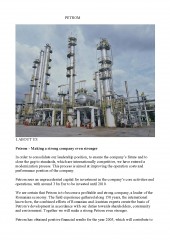 Petrom - Making a strong company even stronger In order to consolidate our leadership position, to ensure the company's future and to close the gap to standards, which are internationally competitive, we have entered a modernization process. This process is aimed at improving the operation costs and performance position of the company. Petrom sees an unprecedented capital for investment in the company's core activities and operations, with around 3 bn Eur to be invested until 2010. We are certain that Petrom is to become a profitable and strong company, a leader of the Romanian economy. ... vezi detalii 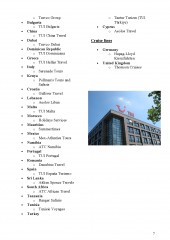 TUI is an internationally active group that since 2005 has been concentrating on the two growth sectors of tourism and shipping. In both these sectors TUI commands a leading market position; it is namely number one among the European tourism companies and number five in the world of container shipping. In tourism TUI guarantees the highest quality by covering every stage in the integrated travel business  regardless of whether holidays are booked as an individual holiday component or as a package. In March 2007 TUI announced the formation, together with the British travel group First Choi... vezi detalii 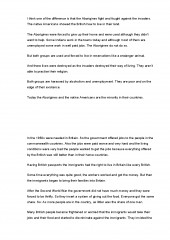 Describe The Social Problems In England During The Time Of Industrialisation 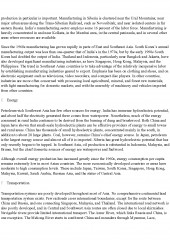 Asia, largest of the Earth's seven continents, lying almost entirely in the Northern Hemisphere. With outlying islands, it covers an estimated 44,391,000 sq km (17,139,000 sq mi), or about 30 percent of the world's total land area. Its peoples account for three-fifths of the world's population; in 2005 Asia had an estimated 3.91 billion inhabitants. Most geographers regard Asia as bounded on the north by the Arctic Ocean, on the east by the Bering Strait and the Pacific Ocean, on the south by the Indian Ocean, and on the southwest by the Red Sea and Mediterranean Sea. On the west, the conv... vezi detalii 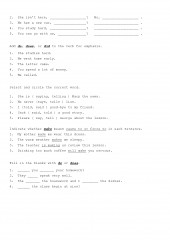