Man as a "dying christ" in D.Thomas's "Before I Knocked" 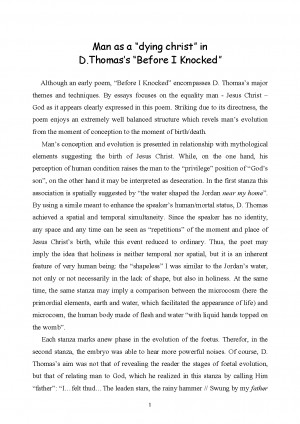